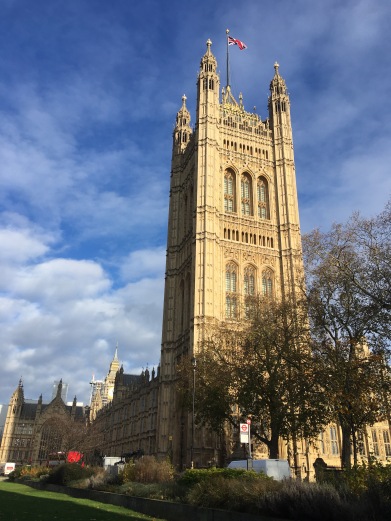 Tuesday 28th November was the day of the annual Sanctuary in Parliament event, organised by City of Sanctuary. The event, which used the hashtag #DignityNotDestitution, focused on the negative effects the UK asylum process has on the lives of those who seek sanctuary in our country – forcing people into poverty and homelessness, and threatening the mental health of those who need the most support.

I attended the event with a young refugee who has been a huge part of the Sanctuary in Chichester community for many months now. After an introduction from the Chair, Sabir Zazai, we listened to testimonies from refugees and asylum seekers explaining the consequences of three main issues in the asylum process: not being allowed to work, inadequate financial support and a short transition period when granted asylum.

Asylum seekers in the UK are currently only allowed to work after 12 months in the country – but then they can only choose from an extremely restrictive list of very specialist professions. This leads to forced inactivity for those awaiting a decision on their case, which can take years. As well as not being able to work, asylum seekers receive just £5 per day – hardly enough to meet the needs of a dignified life. When asylum seekers receive leave to remain, they are given less than one month to find new accommodation and financial support, which can lead to homelessness and destitution. Hearing personal stories detailing the effects of such policies was extremely powerful and brought home how desperately the system is in need of reform.

In response, City of Sanctuary proposes new policies: firstly, that asylum seekers should be allowed to work after 6 months and should have access to jobs outside of the restrictive list; secondly, that asylum seekers should receive 70% of mainstream income support instead of the current level of 50%; and finally, that the transition period should increase from 28 days to 50 days, giving new refugees enough time to find new support.

The exploration of these issues was followed by poetry read by schoolchildren, and refugees and asylum seekers. The event ended with the wonderful Sussex Syrian Community children’s choir, whose beautiful singing was the perfect melodic, hopeful note to end on.

For more details on the issues above and City of Sanctuary’s proposals, please click here.

Tazmin Mirza at Sanctuary in Chichester